My triplets started kindergarten August 15. Yes, that’s right, I’m a working mother of 5-year-old triplets. That freaks some people out, and it IS quite a juggling act!

Since they started elementary school, I’ve noticed lessons from the “back to school” process which I believe apply in equal measure to the workplace. So whether you have one child, three children (of any age!) or no children, read on …

#1 Stage the Changes When You Can
Avoid taking on multiple changes simultaneously when possible. When you have triplets, life’s milestones happen at once, such as the ritual of starting kindergarten. But for most adults, we have a choice in such matters.

Don’t be like my colleague at my last company who took a promotion that required him to move to another country at the same time he was planning his wedding! You will build more personal resiliency over time when you tackle one change at a time.

#2 Take the Edge Off
Kindergarten intimidates many kids at the beginning. It helped my kids to learn right away they would be studying colors the first two weeks – a topic they already knew well.

However, not only did she clearly communicate this part of her curriculum to kids AND parents, she asked the kids to dress in the different colors they studied each day. This gave them a way to actively engage in the topic from the start.

The most effective business leaders I’ve seen in 20+ years in corporate America have done the same thing as this savvy elementary school teacher. They find ways to take the edge off of whatever is intimidating their people by getting them engaged at the start of a new project.

For example, one VP I worked with literally had her people sign up for her change project. At the off-site meeting where she launched the project, she had them personally sign a giant banner with the program logo, which was later hung up in their building. Later, any time someone walked by that banner, they couldn’t help but be reminded what they had committed to on launch day.

#3 We All Need Feedback
While learning to master the challenges associated with kindergarten, kids need performance feedback daily. In the workplace, thankfully, adults don’t have to endure it quite so often. But we all still need feedback on a regular basis.

The triplets come home from school now every day with a card telling me about the kinds of choices they have made that day – green (great job), yellow (warning) or red (big trouble). Similarly, in the workplace, we all receive a constant stream of performance feedback if we open our eyes to it. Early in my career I had a mentor who pointed this out to me, and his insight was invaluable. If you look for it too, you will find it.

For example, you could experience:

– Constructive criticism in an email
– Someone wincing at a comment you made, or
– Someone giving you a “high five” for a job well done

We tend to be our own worst critics, but try to take an objective look at the end of the day, the week, the month and think back to assess performance overall. What story does it tell in aggregate?

Now, with all of these parallels between “back-to-school” and the workplace, wouldn’t it be nice if the office closed down for “early release” periodically like schools do??? Let me know your thoughts on your experiences too. 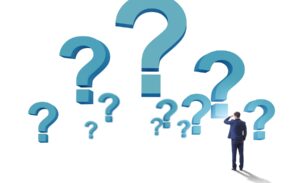 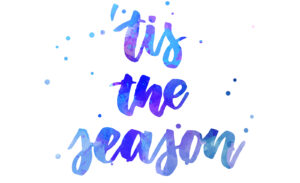 Three Ps for the Holidays