As the gig and share economies take off, many are calling for the end of 9 to 5. I have myself. But according to a new study I conducted with the Career Advisory Board (CAB), established by DeVry University in 2010, the typical American worker is not so enthused to jump on the alternative work bandwagon. 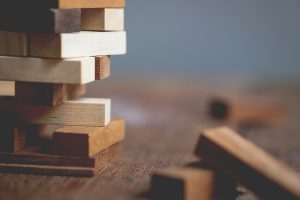 In CAB’s Most Desirable Jobs 2016 study, 81 percent of respondents said they wanted a single job that’s full-time, while only seven percent said they were interested in holding multiple jobs. An overwhelming number don’t mind going into an office, but would like some location flexibility (59 percent). Twenty-two percent of respondents said they prefer to go into an office every day, while just 18 percent said they’d like working from home all the time.

When it comes to eventually pursuing a non-traditional employment situation, opinions varied. Some respondents said they were interested in contract work (26 percent), and 16 percent would try moonlighting – or holding down a full-time job while launching a side gig. Only 12 percent thought it would be intriguing to share a job with someone else.

Not surprisingly, millennials were generally more open to non-traditional employment situations, with contract work receiving 34 percent, job sharing receiving 16 percent and moonlighting receiving 28 percent. But a whopping 91 percent said they want to work at a single job that’s full-time. They were also slightly more likely than older colleagues to want to work in an office every day (27 percent).

These numbers sound surprising at the outset, but they make sense if we consider the impact of recession memory. Many Americans are still bristling at the years of job uncertainty that came with the economic downturn, so today they prefer jobs that are stable and reliable.

“An employee lives in a relatively safe box. He can show up to work, do his job and go home at the end of the day having collected a paycheck,” said Internet entrepreneur and technologist Mark Herschberg in my book, Blind Spots. “Generally the employee doesn’t have to worry about where that paycheck is coming from or if it will be there tomorrow.  He can focus solely on job-related tasks. If your project fails at your $2 billion company, the project gets canceled and you move onto the next one.”

In this post-recession world, American workers appear to recognize that even if they put in long hours employed at a large organization, they don’t work as much as the average gig or flex worker. A more narrow set of job responsibilities means they can focus on doing one job extremely well and let the rest of the company take care of itself. Most large-organization employees have a set career path and can reliably predict where their career will be in five or 10 years. Their organizations are very explicit about how they should present themselves, how they should behave and what rules and processes they should follow. There is something safe and comforting about clear expectations and a set structure.

So, if you’re a manager at a large organization, ditch the inferiority complex and actively consider what you can do to promote the advantages of working in a more traditional environment. We now know exactly how much employees value it.