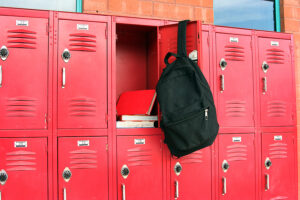 After a 20 year career in HR and Human Capital Consulting, I took an extended sabbatical and conducted an anthropological experiment: I taught AP English in a suburban high school, observing Gen Z in its natural habitat. As Gen Z starts to make its way into the marketplace and the workforce, here are 5 key observations on how they think and act and how it affects your organization.

Given that social media has always been a part of their existence, they have very little sense of privacy and thus the de-coupling of work and life. They desire fulfillment in both, and they anticipate they will largely overlap and represent a large part of their identity. As such, they do not distinguish between a company’s official stance and a CEO’s politics. They will search for companies that match their values and social stances as an extension of their own personal brand.

The internet has been the great equalizer, and Gen Z is keenly aware of the power of their own voices to be heard and taken into account. Anyone can self-publish, be an influencer, or become an overnight Tik Tok sensation. They trust in their responsibility to speak up and have no hesitation in finding forums to do so.

Statistics say the duration of Gen Z’s ability to focus is 8 seconds, unless there is a new season of Ozark available. In my experience this has to do with the constant influx of stimuli, and as a result, most of their bandwidth is consumed by filtering out noise. A corollary to constant information is they have no patience for waiting or concept of delayed gratification. Their mode of operation is in small, short passion-filled bursts and non-linear scatter shot. As a result, their finished product is rarely polished because they anticipate a short shelf-life and would rather be relevant than refined. They are also comfortable with continual change.

Because Gen Z operates at speed, they have very little patience for the argument “we’ve always done it this way.” They are masters at finding shortcuts and more elegant solutions, even if they expend more time and energy in the finding than the original process. This only works in their element—technology, however; because information has always at been at their fingertips, when put in an unfamiliar situation without technology, they have very little capacity to figure it out.

Because they have always been exposed to globalization, they are naturally more accommodating of differences and see them as beneficial to a group effort, and as such they are natural collaborators. They are more likely to place value in contribution than traditional hierarchy or titles. They know their strong suits and won’t defer to convention if their skills are in demand.

Implications for attracting GenZ as employees and/or consumers

At its worst, Gen Z can be impatient, stymied by an off-script scenario, and overconfident in their ability to execute, but at their best loyal to their convictions, aspirational in their ideas, and remarkably adaptable to shifting landscapes. They are willing to question the “why” but are also eager to make a mark. Ready or not, Gen Z is coming. You just may have to show them how the coffee machine works. 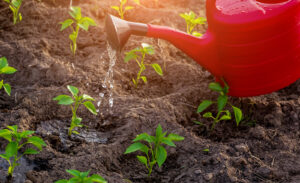