According to the Center of American Progress, women’s presence in top management positions today remains below nine percent. Much research over the last decade from McKinsey and others indicates that higher participation of women in management grows the company’s bottom line. 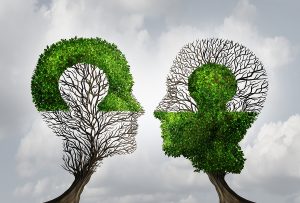 In 2015, investment algorithm firm Quantopian found that women CEOs in the Fortune 1000 drive three times the returns as S&P 500 enterprises run predominantly by men. Yet, at the current rate of change, it will take until 2085 for American women to reach parity with men in influencer roles.

In 2013, online shoe giant Zappos pioneered the organizational structure of holacracy, which is governed by individual initiative and self-organizing. Zappos eliminated official bosses, encouraging departments to function as circles of employees working together toward common goals. CEO Tony Hsieh said that by encouraging teams to jump right into projects, the company breaks down barriers and fosters a strong sense of inclusion.

The fact that holacracy is spreading outside the culturally progressive Zappos represents a terrific opportunity for high-potential women to advance in their careers and achieve outcomes that are personally and professionally meaningful for them. Recent gender differences research illustrates that women are more comfortable working in a flat environment in which everyone’s input is equal, and when making a critical decision, women welcome open collaboration with co-workers.

But holacracy alone doesn’t solve all of the problems facing women in the modern business world, including unconscious bias and ineffective conflict resolution. Holacracy may even exaggerate some challenges, such as women’s lack of assertiveness and tendency to under-promote their accomplishments. In a holacratic forum in which each person is enthusiastically advocating for a position, women may have difficulty showcasing their own opinions and value.

Therefore, even organizations that are doing the right thing by leveling the playing field are at risk of losing their most talented women and missing out on the financial benefits of female leadership.

So what’s the answer?

We can’t solve the problem of female retention overnight. But to start, every organization of a reasonable size can initiate a skills development and mentorship program for its female leaders and influencers. Such a program, for instance, might feature regular in person sessions during which small cohorts could work together to master challenges associated with the company’s specific environment. In between sessions, they might keep in touch through a closed social network or email list and could engage in periodic self-study activities. Each participant might also have a sponsor outside the program, with whom they could meet periodically to discuss their learnings and expand their networks and reach.

The idea here is to cultivate an intimate setting of comfort and trust within each cohort, facilitating long-term relationship building and nurturing. Not only will female participants be better prepared for success in their careers, but their emotional attachment to a group of colleagues will render them less likely to depart the organization.

Meaningful metrics are critical, of course. Fortunately, the success of an initiative like this is easily measured via a post program satisfaction survey, as well as performance improvement and retention rates for participants one year following completion.

Whether you have a traditional or holacratic structure or something in between, the issue you face retaining the best female talent is not unique to you. What DOES make you unique, however, is your willingness to do something about it. 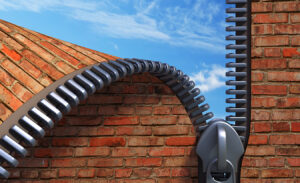