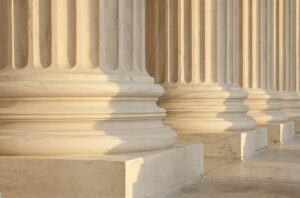 With the recent passing of Supreme Court Justice Ruth Bader Ginsburg at age 87, we at PeopleResults want to pause for a moment and take note of some of her many, many accomplishments… and the impact her work has had on all United States citizens, both men, and women.

According to the National Women’s Hall of Fame, she “worked her entire career to eliminate gender-based stereotyping in legislation and regulations”.

After her death on September 18, 2020, she was the first woman to lie in state at the US Capitol.

Beyond her impeccable resume that included decades as a jurist, all Americans can feel the impacts of her work on our every-day life. She devoted her life to driving change.

These are some of my favorite quotes from Justice Ginsburg, from which we can all continue to find inspiration:

What change are you inspired to work to accomplish in the world? at work? at home? What’s the first step you can take toward making that happen? As Justice Ginsburg stated, it all starts with one step.