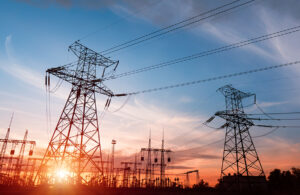 I lost power in my Texas home on Saturday. Normally, that would be an inconvenience; instead, it became an ordeal for me and for my neighbors on our block. It was 107 degrees that day with heat indices that reached 110; it became unsustainable to try to stay at home and tough it out. Luckily for my family, I had the ability to get us (including two very spoiled dogs) to a hotel for a few days. But – many without the same resources and privilege made decisions to tough it out at home in the Texas heat, which ultimately became exceptionally dangerous for anyone stuck in their homes without power.

Beyond the intrinsic issues stemming from failure of our Texas grid, crumbling infrastructure and an early June heat wave, the biggest issue we experienced was communication with our electric provider. Over the course of 36 hours, I received 21 notifications from Oncor, the service provider. Each one was a repeat of the last one; they were aware of a possible outage, additional repairs were needed, and they provided a new estimate about 3 hours later that it would be fixed. These messages continued about every 3 hours over the course of this period from Saturday evening through Monday morning, when power was eventually restored. They lost their trust with me after the second update.

At first glance, the fact that I was receiving text messages seems like a good idea, right? However, the core of the issue with their communications came down to 2 things that must be addressed – that should be guideposts for any emergency communications plan.

My story has a happy ending, because I was lucky enough to find a place to stay where we had access to AC, water and food. I am speaking up about this and telling my story so that, next time, Oncor can get this right without endangering lives.