Sadly, when former Yahoo CEO Carol Bartz was infamously fired recently, her reputation and professional integrity were somewhat called into question when she called the board members that fired her a bunch of “doofuses” who “f—-me over” in her very public comments after her firing-by-phone by the Chairman.

Who among us hasn’t had those days when you feel like making the same kind of comment? I certainly have … and it’s plays out as an almost visceral need to throw up my hands and curse a bunch of doofuses – the ones who can’t make a decision, deflect like teflon, or refuse to acknowledge a deep-seated problem. Yet, for those of us who experience this (even regularly), “to express or not express” feels like an ever-present question when we’re being asked to do more with less, cut budgets, let valuable employees go, or sunset passion projects.

I’ll never be an advocate for any kind of inappropriate commentary, especially in such a public way … words can and will come back to bite you, you should never say or write something you don’t want your boss to eventually read, etc. Yet, I think her comments are in some ways refreshing – she said what she thought and startled people in the process. It reminded me of a couple of key tenets I need to remind myself to follow from time to time:

You don’t always have to be the diplomat. For my clients, I see so many people (women especially) who have learned to be very diplomatic – a laudable skill, to be sure, because the diplomats find the best compromises and get everyone to consensus on a solution. However, it’s so critical not to fall into the trap of always being the diplomat – volunteering opinions only when asked, instead of jumping into the fray and putting ourselves at risk by volunteering a new, edgy, untried idea. It’s like we mentally weigh the risk/reward, and come out solidly on the side of “let’s focus on NOT getting fired today”. As a result, the public “conversation” on our projects & teams isn’t much of a dialogue where ideas are shared, solutions are debated and healthy disagreement is accepted … it’s much more a case of the prevailing wisdom, dictated from above, governing the assumptions that guide our work each day.

Sometimes expressing your anger can be a good thing. Sometimes vocalizing our frustration can empower others to voice theirs, creating a bonding experience where it suddenly becomes “safe” to talk about things that were taboo. I recently attended a meeting with a client team where there were lots of things unsaid … touchy issues, interpersonal relationship dynamics, hidden agendas, etc. (you know the drill). When I gave voice to the things that frustrated me, you could watch everyone in the room start to engage in a different way with each other. It began a conversation that allowed us to bond over the things that were driving us crazy, and we even started talking about the touchy issues.

Be provocative, but be careful to provoke with tact. 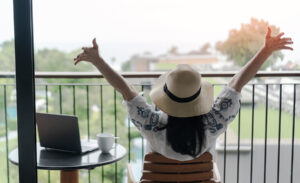