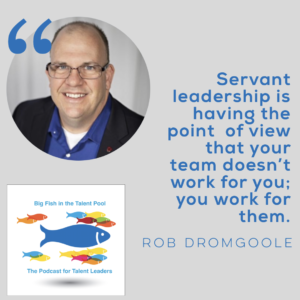 Just think of the stories we’ll tell when this is over.  Serious stories of the courage and self-sacrifice of health-care, grocery, and sanitation workers.  Creative stories of re-imagined weddings and graduation celebrations.  Funny stories of toilet paper and puppy (no kidding!) shortages.  Great stories rely on two key things: novel content, and great delivery.  In Episode 15 of Big Fish in the Talent Pool, my podcast for Talent Leaders, you’ll meet a true leader with both.

Of all the Talent Acquisition Leader jobs I’ve seen, the most unique has to be Rob Dromgoole’s role at The Choctaw Nation of Oklahoma.  And check your stereotypes about Native Americans at the door, because it’s not what you think. Their guiding principles are Faith, Family, and Culture, and The Ten Commandments are posted outside of every Choctaw Nation building. Servant leadership is the norm and they open every meeting with prayer.  Unique indeed!  And we’re not talking about small volumes here – on average, it’s 3,000 hires annually Rob and his team bring into the Sovereign Nation in rural Oklahoma.

But Rob is no stranger to unique and demanding TA leader roles.  He brings a load of experience recruiting impossible-to-find skill sets into out-of-the way geographies.  Take for example his previous role hiring Nuclear Engineers, Physicists, and Biologists into arid eastern Washington for Pacific Northwest National Laboratories.  This guy loves a good challenge.

As an editor and photojournalist for the US Army, Rob learned early in his career about the art of storytelling. Later while at Executive Search Firm ROI, his former boss would point out random individuals walking by in downtown Seattle and ask Rob to “share their (made up) story”.  Hence, weaving a compelling narrative eventually became second nature to him, and a differentiator.

Recently, Rob has posted video stories on Linked In as he walks his dog.  He’s using the platform to get the word out about the Choctaw Nation’s diverse TA team navigating through the COVID-19 challenge, adapting to virtual work while supporting their need for connection with each other.  His affable style is indicative of their culture and of his personal values.  In Rob’s words, “Servant leadership is having the point of view that your team doesn’t work for you; you work for your team.”  When we focus on the needs of our own communities, Rob told me, we are able to create opportunities for others to grow and prosper.

Erin McDermott Peterson is a Partner with PeopleResults, helping clients with Global TA interim leadership, process renovation, and RPO advisory.  Follow her on Twitter @ErinMcPeterson, connect with her via linkedin.com/in/erinpeterson or email at epeterson@people-results.com and listen to her Podcast for Talent Leaders: Big Fish in the Talent Pool on iTunes and SoundCloud, or wherever you access podcasts. 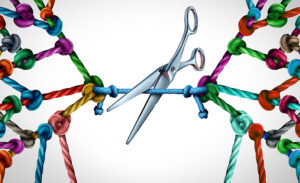 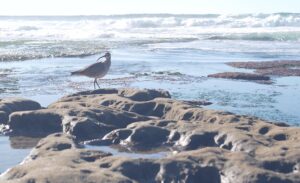