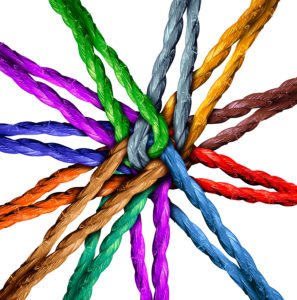 In my last blog post I addressed trends from conversations with clients over the last couple of months about talent development. The subject was: Accurate Identification of High Potential Talent (WHO)

Both client organizations have multiple, existing leadership development programs. The participants for these programs are intended to be high potential future leaders. However, those are frequently not the people who actually show up when the time comes for a variety of reasons.

The timing of WHEN workforce planning and succession planning take place annually should feed the identification of the participants in the leadership development programs. But all too often these HR processes take place independently of one another.

This contributes to the mismatch in the identification of participants explored in my previous post. For example:

The ideal scenario in a large company looks more like this:

NOTE: This scenario causes the conduct of the leadership development programs to cross fiscal years, which complicates the funding.

Another example of an effective scenario in a smaller company may look like:

Both of these example scenarios solve the WHEN questions and the WHO problem, if the company implements effective succession planning and workforce planning processes.